Woman raises a white fox thinking it is a puppy 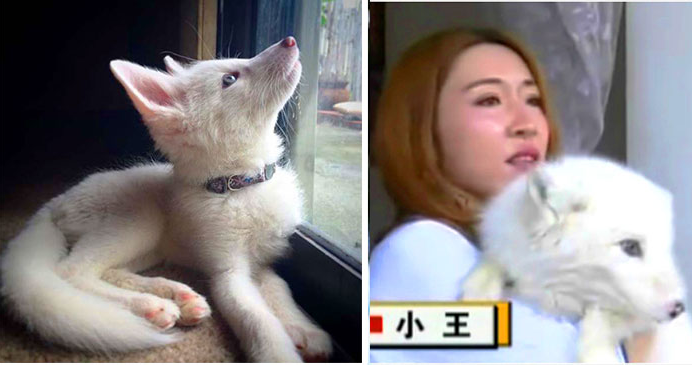 Sometimes life gives us so many surprises that we never expect. Like this woman, who took home a white puppy as it would fit in well with her family. But after a year she discovered something about the puppy which shocked her a lot.

Wang saw an adorable puppy and immediately fell in love with it. She took it home and looked after it with love and care. One year went like this. At the end of one year, she found that her new furry friend was not a puppy at all. It was a wild animal.

According to the woman, the fur of the animal got thicker after three months and its face also became pointed. The tail grew longer than that of a normal dog. Other pet dogs seemed to be frightened by it. So she was using a leash.

But she noticed the strange behavior of other pets on seeing it and she grew suspicious as to what was wrong. Even the animal was not loving the dog food. She decided to contact an expert for help.

She took the animal to the zoo where zookeepers told the truth about the identity of the animal. She was raising a fox. 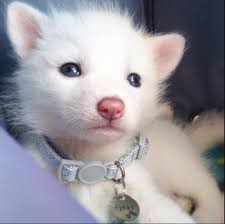 We know we can’t keep a wild animal at home. But Wang was confused as she looked after the animal for a year and she did not want to let it go. She was unable to keep the animal in captivity also.

If she kept the animal in captivity, it would rob the animal’s chance to flourish in the wild. She began to think about the animal and decided that the animal could not live his life naturally at home with her. She took the animal and left it under the care of the zoo.

Zoo was the best choice for the animal as there it would be cared for daily and fed nutritious food. She would be able to visit the animal from time to time. We respect the decision taken by Wang.