This horrifying story happened just a few months ago 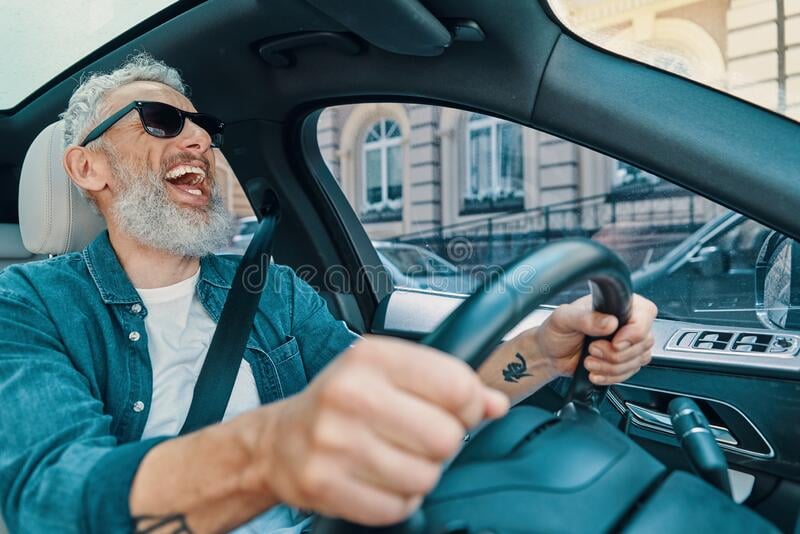 This horrifying story happened just a few months ago, just outside a little town in the bayou country of Louisiana, and while it sounds like something from an Alfred Hitchcock tale, it’s real. A stranded man was on the side of the road hoping to catch a ride on a terribly dark night while in the middle of a raging thunderstorm.
Time passed slowly as he realized no cars were going to go by. It was raining so hard he could scarcely see his hand in front of his face, when suddenly he saw a car moving slowly, approaching him, and appearing so very ghostlike in the rain. The car slowly crept toward him and lurched to a stop. Wanting a ride so very badly, the fellow quickly jumped in the car and closed the door. It was only then that he realized there was no driver behind the wheel.
The car slowly started moving and the stranded man became terrified, too terrified to even think of jumping out and running. In stark terror, he saw that the car was slowly approaching a sharp curve, with brackish waters of the bayou just below and no guardrail to protect him.
Still too scared to jump out, he started to pray and begged God to spare his life. He was sure the ghost car would go off the road and in the bayou where he would surely drown. Then, just before the curve, a hand appeared through the driver’s window and gently turned the steering wheel, guiding the car safely around the bend.
Paralyzed with fear, the frightened man watched the hand reappear every time the ghost car reached a curve. Finally, scared near to death and with all any man could take, he jumped out of the car and ran the rest of the way into town. Wet and in shock, he eventually made his way into a bar and with quavering voice, ordered two shots of whiskey and began to relate his story to all about his supernatural experience.
A silence enveloped the bar; patrons and every body in there got goose bumps when they realized that this guy was telling the truth and not just some drunk.
About a half an hour later, two guys walked into the bar and one said to the other, “Look Boudreaux, dat’s da couyon who rode in our broke down car when we was pushin’ it in da rain!”