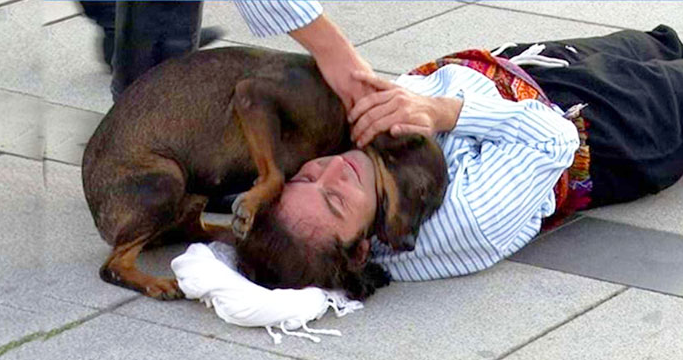 Dogs are very amazing and intelligent animals. It is natural to them that whenever they sense danger, they always come into action to save the day even if they are not required there.

The same was learned by some actors who gave a performance that was so real that a dog stepped up to help the actor.

An actor named Numan Ertugrul Uzunsoy was doing an outdoor theater production in Turkey and in one scene, he had to pretend to be injured. The actor said that the character he played was injured and he was in great pain as he had fallen off a horse and was breathing hard. 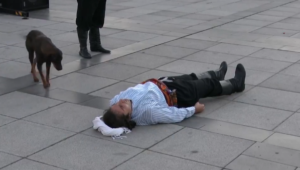 His acting was so real that one stray dog came to help him and that was so touching. The dog was not aware of the theater and thought that Numan was actually hurt and ran over to check on him. When the dog started licking his face, the actor could not help but break.

According to Numan, he was very happy when he felt the dog’s kisses. He said that he was touched. According to him, the dog was like an angel who wanted to help him. It was a very emotional moment for him. He was not expecting it. 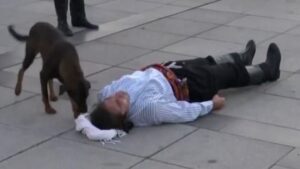 The audience as well as the actor was touched by the kindness of the dog. Then a crew member escorted the dog off stage so the play could continue and the stray dog went away.

It is to be noticed that Turkey is known for its kindness to stray animals and it seems the street dogs will return the way favor by helping out people in need.

Numan said that he is going to help the dog if he were able to find him again. He said that the next day he went there in search of the stray dog but could not find it. He said that he would look for him until he found him. He always loved animals.

Really the dog is a real hero for showing compassion for the injured. We hope that the actor finds him and helps him.