Stray dogs need love and care. They always look for that. Thankfully there are some good people who are ready to provide them the compassion they wanted.

Here is the story of one such stray dog who was sitting by the side of the road and was looking for love. So when it rescuers came to rescue him. He was shocked to see the condition of the dog.

According to the rescuer Brandon, it was one of the worst cases that he had ever seen in his rescue career. According to Brandon, when one is in a position to deal with such types of dogs, one has to do the best to put the animal out of misery. The first thing one has to check is the behavior of the animal. 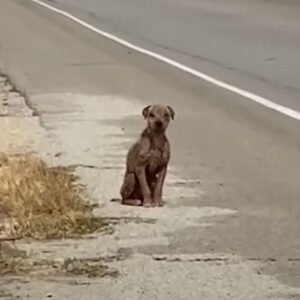 Here, in this case, the moment the dog was out of the transporter’s car, there was a big smile on his face as he wanted to thank his rescuer for giving him another chance in life.

The next day, they took the dog to the vet, and there, they started laser therapy. Laser therapy helps in healing. Brandon took good care of the dog. He bathed him every two days with the medicated shampoo. 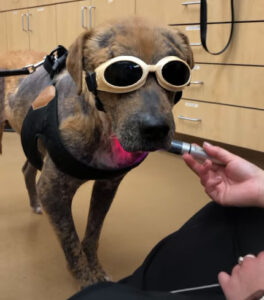 The dog was not very fond of bathing and it was a real struggle to make him take the bath. Even the legs had the infection and the dog was put on medication.

As the dog named Raleigh started healing and swelling disappeared, so the chunks and patches of hair started to appear on his skin. Brandon was surprised to find his coat color is orange and it has white patches all over his body.

For him, it was amazing to see his transformation. But on his face, there is some scarring which won’t get any hair back and from it, one can guess, maybe the dog was used as a bait dog. 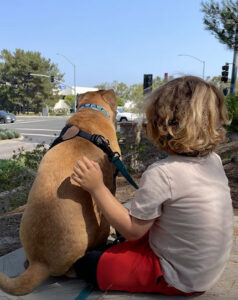 The dog was adopted by a very good family. The couple Clint and Alayna adopted the dog. The dog became a companion to their son Tristan. They shared a very strong bond.

So the dog at last got the forever home and a loving family.