Dogs are our everyday heroes. Time and again, they did acts which are very helpful to the people. They are always ready to help us. So here is this heroic Husky who rescued a newborn after his mum presumably left him in the park in England.

It was quite surprising that no one saw the baby until he was spotted by the dog. Terry Walsh who is a 65-year-old retired engineer was out for a walk with his dog, Hel. 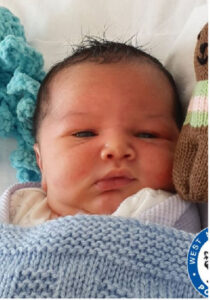 They went to one of their favorite places in Birmingham, Kings Norton park. As they were strolling, the dog saw something and acted immediately. He was acting unusual.

So when Terry saw, he saw a two-hour-old baby rolled in a blanket. According to Terry, as they walked through to the top of the Mounds, looking down towards Shannon Road, there was a rolled-up blanket just under the bushes.

He said that the dog went off to the blanket and started nudging it very gently with her nose. Soon he heard a cry out of the blanket, he was shocked and rushed to investigate. It was the baby crying. He further said that the dog’s nudging and the heat from his body woke the baby up. 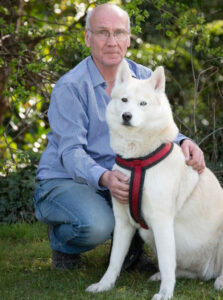 Fortunately, the baby was alive. Walsh then quickly called the police who came immediately and took the baby straight to the hospital. The baby was in a good condition and he was named ‘George’ as he was found within a few days before St. George’s Day.

West Midlands Police informed that the baby is healthy and doing well. But they were unable to find his mother. They were very much concerned about the mother and wanted to make sure that the baby was okay both physically and mentally. We hope that little George will soon be reunited with his mother.