Senior dogs have different requirements. In the final days of the life, the dogs are less playful and active. They slow down a little. That might be the reasons that senior dogs are not adopted easily. Mostly people opt for dogs which are young and playful. But there is one man named Steve Grieg who has dedicated his life for the senior dogs.

He is an animal lover and a kind owner. He lives in Colorado and he loves to adopt senior dogs and farm animals. He has lots of pets at his house. After the death of one of his dogs, he started adopting animals. He went to the local shelter and asked about the “least adoptable” senior dog. 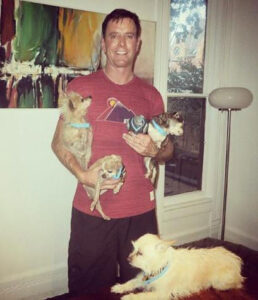 He wanted to give that dog a good life as the dog was overlooked and he could not find a forever home. Steve adopted a 12 year old Chihuahua named Eeyore. The dog was having a heart murmur and four bad knees. According to Steve, that was the beginning of all the animals that he started adopting later.

He liked the responsibility and enjoyed looking after the animals. So he started adopting more and more animals. At present, he has 10 senior dogs, a pig named Bikini, two ducks, pigeons, cats and a few chickens. Though he is not having space to adopt more animals yet he is ready to adopt more senior dogs in the future.

He is quite busy with works like walks in the park, trips to the vet, grooming appointments. According to Steve, he got up at 5 am in the morning and made breakfast for all of them. All the animals are having different diets. He has around 800,000 followers on Instagram. He used to upload cute pictures and videos of his pets regularly. 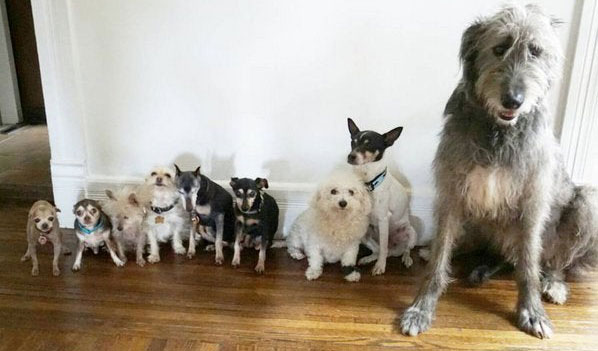 He wanted to show to the people how great it can be to adopt senior animals. According to Steve, the senior animals are just wiser. They know who they are and it is easy to develop a relationship with them. We hope that he would be able to change the opinion of the people regarding senior animals.