Kind street vendor shares the last of his food with hungry stray dogs, caught on camera 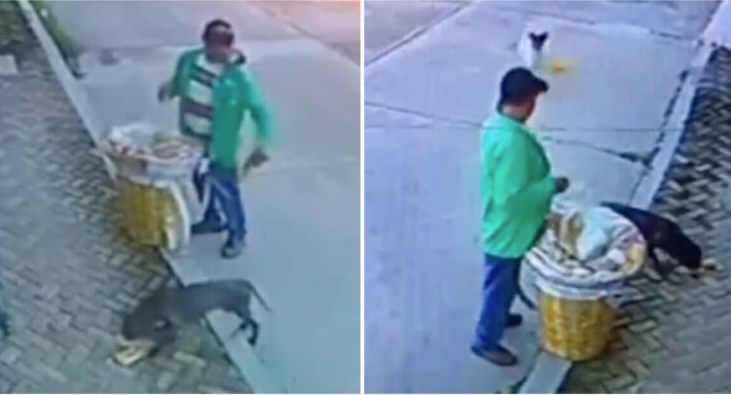 Stray dogs are indeed very sweet. They wag their tail on every stranger hoping for some kindness. Their life is very hard. They have to fend for themselves. There are many kind people who always care for the needs of stray dogs. These people provide them with food and warmth.

It is not like only wealthy people show kindness to them. Sometimes the people whom we least expect are the most generous. Recently a kind vendor doing a good deed was caught on camera and it has gone viral. 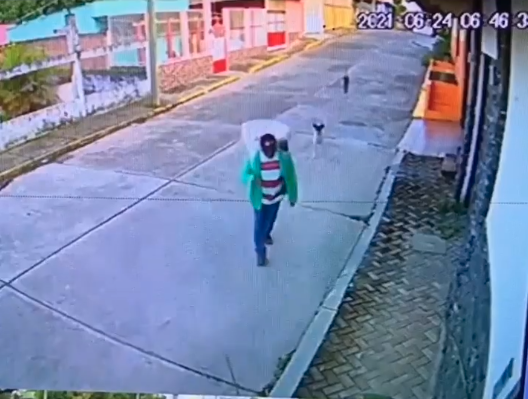 This incident happened in Puebla, Mexico. In the video the lone street vendor is seen walking down the street, carrying his goods. But he soon realizes that he is not alone, he looks back and finds two stray dogs following him.

He would have ignored them, but he decided to help them. He stops and starts feeding them. At first, the black dog comes and he gives him food from his supply and the dog happily eats it.

He does not want to leave the other dog and throws some food at the other stray who is hanging back. He might have been able to sell that food or keep it for himself after a long day of work but he decided the other way and fed those hungry dogs who desperately needed food at that time. 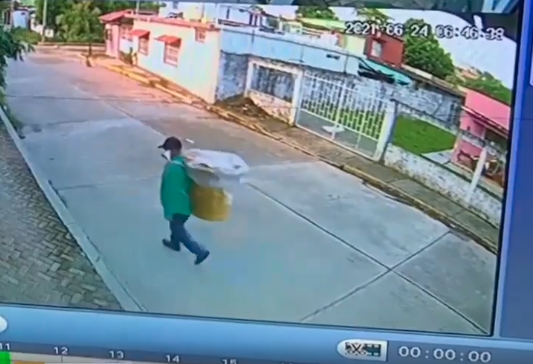 It was quite inspiring to know that he did everything anonymously and he did not know that his deed was caught on the camera.

His kindness has gone viral with over 4.6 million views in just a few weeks. So far the man has not been identified and there is very little knowledge regarding him. But the man who recorded the video was quite amazed by the gesture and asked to meet this excellent person.

Being kind to animals tells a lot about the character of the person. God bless him for doing such a kind act.