In London, there’s a woman who goes every day on the subway and sits on the dock just to listen to the announcement recorded by her husband in 1950.
Margaret McCollum after the death of her Oswald Laurence, sits on the bench waiting to hear this recording that became one of London’s most famous “Mind the gap” (attention the space between the train and the dock). In 2003, Oswald died leaving a huge void in Margaret’s heart. So Margaret found a way to feel his presence closest. 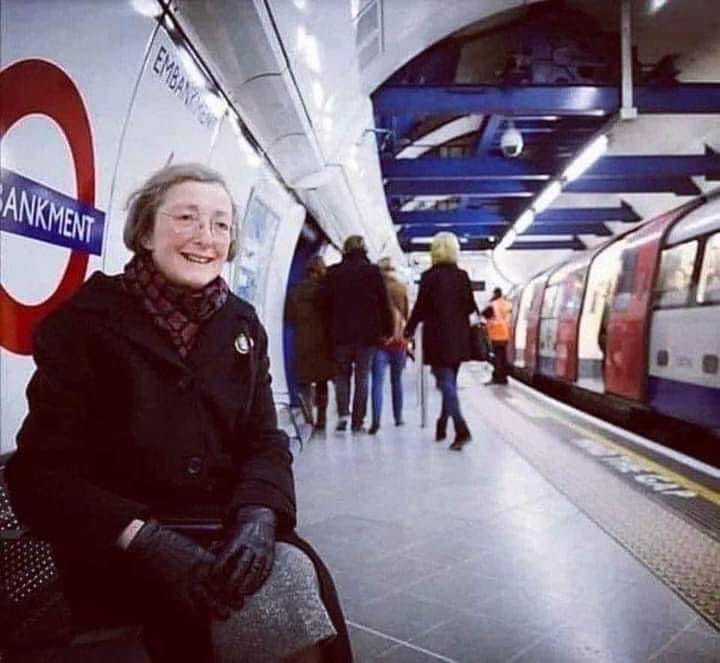 But from the day after more than half a century, this voice was replaced by an empty electronic recording. Out of distress Margaret asked this cassette tape to the London subway transport company to continue listening to her husband’s voice at home.

But, knowing the moving history, the company decided to restore the announcement in the only stop near the house where the woman lives, specifically at the Embankment stop of Northern Line, where all passengers can listen today Oswald Laurence’s voice and to think that eternal love really exists.
Wonderful gesture by the authorities