I find myself sitting in the parking lot at Kroger, trying to compose myself 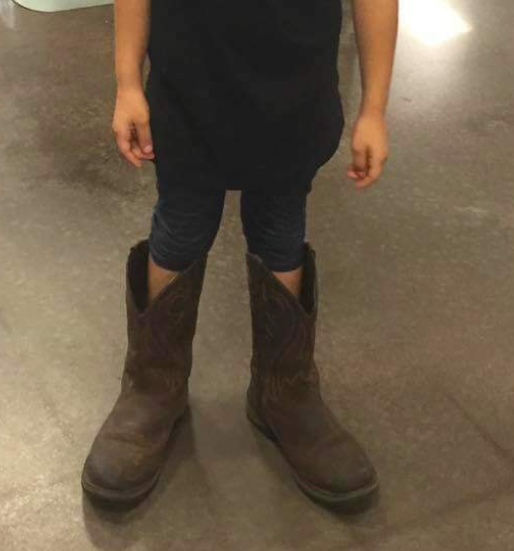 “I find myself sitting in the parking lot at Kroger, trying to compose myself. You see, while inside getting groceries, I came upon a little girl prancing down the aisle, making a crazy noise. I turned around to see this young lady wearing massive boots compared to her tiny body. At first, I just giggled and continued shopping. But, I ended up in the check-out lane behind her and her mother. As good southerners do, we struck up a conversation. I told the little girl I liked her boots. She had a massive grin on her face and began to speak. She let me know those boots belonged to her Daddy. Today would have been his birthday, but he was killed last year in ‘Afghan Stan.’ To feel better about today, she was allowed to wear his boots. As her mom started to cry, so did I, as did the cashier. Apparently, the gentleman behind me heard the story and gave the little girl a cupcake out of the dozen he was buying. He told the little girl to always eat a cupcake for her dad’s birthday. He told her that her dad was a hero and she should be proud to be his daughter. Please remember why we are able to celebrate America. Let’s stop to think about those who protect the freedom we often take for granted!”