GARDEN SNAKES CAN BE DANGEROUS 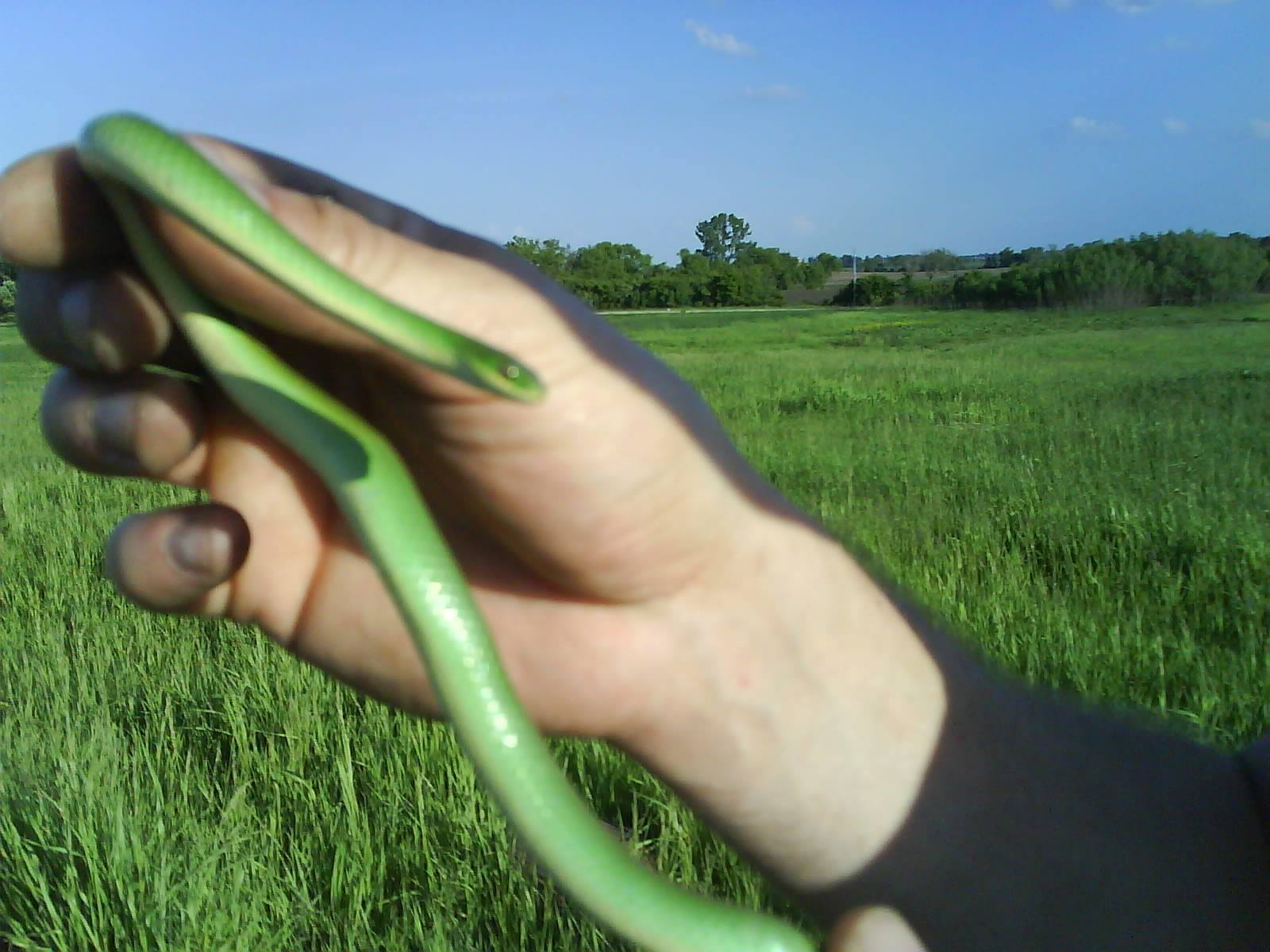 GARDEN SNAKES CAN BE DANGEROUS…
Snakes also known as Garter Snakes (Thamnophissirtalis) can be dangerous Yes, grass snakes, not rattlesnakes. Here’s why.

A couple in Sweetwater, Texas, had a lot of potted plants. During a recent cold spell, the wife was bringing a lot of them indoors to protect them from a possible freeze.

It turned out that a little green garden grass snake was hidden in one of the plants. When it had warmed up, it slithered out and the wife saw it go under the sofa.

She let out a very loud scream.

The husband (who was taking a shower) ran out into the living room naked to see what the problem was. She told him there was a snake under the sofa.

He got down on the floor on his hands and knees to look for it. About that time the family dog came and cold-nosed him on the behind. He thought the snake had bitten him, so he screamed and fell over on the floor.

His wife thought he had had a heart attack, so she covered him up, told him to lie still and called an ambulance.

The attendants rushed in, would not listen to his protests, loaded him on the stretcher, and started carrying him out.

About that time, the snake came out from under the sofa and the Emergency Medical Technician saw it and dropped his end of the stretcher. That’s when the man broke his leg and why he is still in the hospital.

The wife still had the problem of the snake in the house, so she called on a neighbor who volunteered to capture the snake. He armed himself with a rolled-up newspaper and began poking under the couch.. Soon he decided it was gone and told the woman, who sat down on the sofa in relief.

But while relaxing, her hand dangled in between the cushions, where she felt the snake wriggling around. She screamed and fainted, the snake rushed back under the sofa.

The neighbor man, seeing her lying there passed out, tried to use CPR to revive her.

The neighbor’s wife, who had just returned from shopping at the grocery store, saw her husband’s mouth on the woman’s mouth and slammed her husband in the back of the head with a bag of canned goods, knocking him out and cutting his scalp to a point where it needed stitches.

The noise woke the woman from her dead faint and she saw her neighbor lying on the floor with his wife bending over him, so she assumed that the snake had bitten him. She went to the kitchen and got a small bottle of whiskey, and began pouring it down the man’s throat.

By now, the police had arrived.
Breathe here…

They saw the unconscious man, smelled the whiskey, and assumed that a drunken fight had occurred. They were about to arrest them all, when the women tried to explain how it all happened over a little garden snake!

The police called an ambulance, which took away the neighbor and his sobbing wife.

Now, the little snake again crawled out from under the sofa and one of the policemen drew his gun and fired at it. He missed the snake and hit the leg of the end table. The table fell over, the lamp on it shattered and, as the bulb broke, it started a fire in the drapes.

The other policeman tried to beat out the flames, and fell through the window into the yard on top of the family dog who, startled, jumped out and raced into the street, where an oncoming car swerved to avoid it and smashed into the parked police car.

Meanwhile, neighbors saw the burning drapes and called in the fire department. The firemen had started raising the fire ladder when they were halfway down the street. The rising ladder tore out the overhead wires, put out the power, and disconnected the telephones in a ten-square city block area (but they did get the house fire out).

Time passed! Both men were discharged from the hospital, the house was repaired, the dog came home, the police acquired a new car and all was right with their world.

A while later they were watching TV and the weatherman announced a cold snap for that night. The wife asked her husband if he thought they should bring in their plants for the night.

And that’s when he shot her.