Chaining dogs outside will finally be illegal, Here’s what you need to know 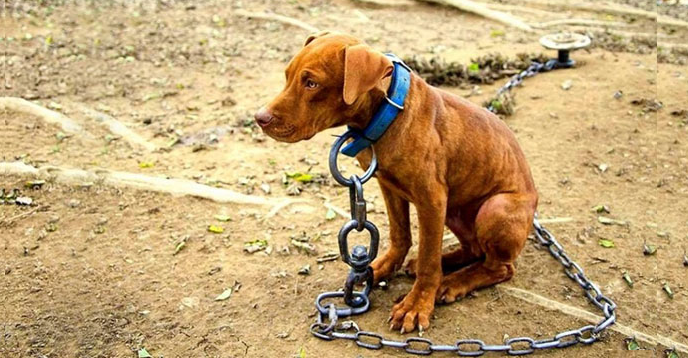 There are so many stories telling about the problems faced by dogs who were left improperly chained. The dogs experience a lot of pain and discomfort. Sometimes the chains were very tight that is embedded in the skin of the dog.

But this won’t be experienced by dogs in Texas now. Thanks to a new law which bans leaving dogs chained up outside. This move is greatly praised by animal lovers. 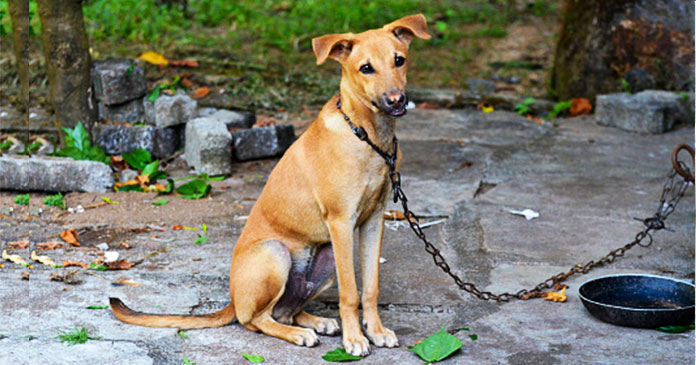 The new law against cruelty- Senate Bill 5 aka the Safe Outdoor Dogs Act, bans chain tethers and improperly fitted collars. It requires dogs to have proper shelter to save them from the weather.

The weather includes rain, hail, snow, and extreme high and low temperatures. The dog shelter should also allow the dogs to move around comfortably means it should be spacious.

According to Stacy Sutton Kerby, director of government relations for the Texas Humane Legislative Network, this law would change the lives of thousands and thousands of dogs across the state.

It is reported that every year due to extreme climatic conditions, like super hot summers or hurricane season, or in the northern part of the state where the temperature drops a lot, many dogs have died which were chained. So this law is a positive change for animals. 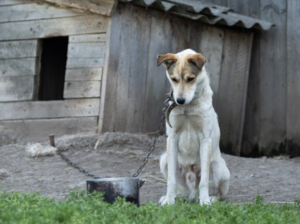 This law will also cancel the 24 hour waiting period for emergency intervention. So now the animal in need will be helped immediately.

This law will address the problem of the animal immediately and the animal in need will be reached out in time.

Earlier also a nearly identical bill was vetoed by Governor Greg Abbott and he accused the bill of ‘micromanaging and overcriminalization.’

But that was criticized by animal lovers and the bill got a second chance after the governor put it back on the agenda. We are really happy that such a good bill was passed. It is great news for animal lovers.