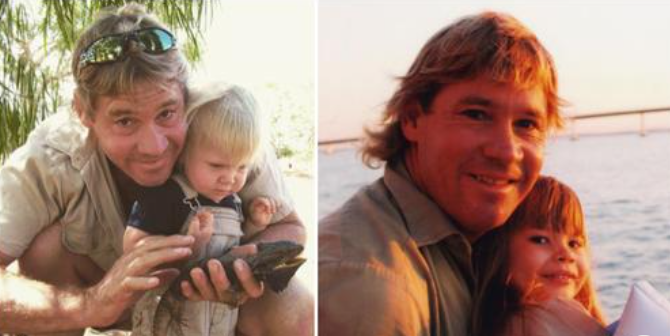 The world lost one of its most beloved conservationists and TV personalities in 2006, after Steve Irwin, the iconic star of The Crocodile Hunter, was tragically killed by a stingray.

But his legacy has lived on, both through the fans who grew up watching his wildlife series, and his family, who has kept up his important conservation work at the Australia Zoo, working to protect native wildlife. And now every year, the legend is honored with his own holiday: Steve Irwin Day, held every November 15.

The day is described as “an international and annual event to celebrate the extraordinary life of the one and only Crocodile Hunter, Steve Irwin.” It includes a day of events at the Australia Zoo honoring Steve’s life and legacy, while aiming to raise money for Australia Zoo Wildlife Warriors’ conservation and preservation work.

Today, we’re celebrating Steve Irwin Day by honouring the most extraordinary Wildlife Warrior that ever lived. Steve’s passion inspired countless others to fight for the protection of wildlife and wild places.

In honor of this special occasion, many have taken the opportunity to pay tribute to the late star, including his two children.

Robert Irwin, now 17, shared a heartwarming photo of him and his sister Bindi playing with their dad as children.

“Thinking a lot about my Dad today and the impact that he made on our planet, inspiring an entire generation,” Robert wrote on Instagram. “I also think about what a truly amazing dad he was. Through a lifetime captured on camera and stories from my family and those who knew him best, I’m able to remember the special times with dad.”

Robert has followed in his dads footsteps: he works at the Australia Zoo, continuing his parents’ legacy, and has starred in several wildlife series.

just like Steve, Robert shares many photos with his animal friends — and fans often point out just how similar he looks to his dad:

“I still look up to him every day and while I miss him so much, it means the world to me and my family that each year we can have a day for the world to celebrate what he stood for,” Robert wrote.

It’s one of the most wonderful days of the year, #SteveIrwinDay ❤️ It’s great to see so many of you honouring Dad’s amazing life & legacy today. He changed the world & so many lives across the globe. We’re proud to continue his mission & days like today are particularly special. pic.twitter.com/O5VjeuTseY

Bindi also shared her own throwback photo, a beautiful pic of her as a young girl with Steve.

“Your legacy will live on forever,” Bindi wrote. “I love you for even longer.”

Bindi has established herself as one of today’s most popular conservationists: her media career started all the way back at the age of 9 when she starred on Bindi the Jungle Girl.

She continues to work with her family at the Australia Zoo, and advocates for Australia’s wildlife. She also gave birth to her first child last year, a girl named Grace, who has been growing up with a love for animals and nature. It already seems like she is going to carry on the Irwin legacy for another generation — and while she never got to meet her famous grandpa, he’s still making a big impression on her.

“This sweetheart lights up seeing her ‘Grandpa Crocodile’ on screen,” Bindi wrote in September, on the 15th anniversary of Steve’s passing.

“I wish that Dad could hug my beautiful girl… I hold on to the thought that he’s her guardian angel now, watching over the most special part of my life, Grace.”

This sweetheart lights up seeing her ‘Grandpa Crocodile’ on screen. I wish that Dad could hug my beautiful girl. It’s been 15 years since he passed away. I hold on to the thought that he’s her guardian angel now, watching over the most special part of my life, Grace.❤️ pic.twitter.com/D0udHpPmce

“What I admire most about Steve is his love for all living things,” Chandler wrote. “His enthusiasm for how beautiful our world is will always be something we should take inspiration from. Put on your khakis & take a minute to remember the greatest Wildlife Warrior.”

Happy #SteveIrwinDay 2021. What I admire most about Steve is his love for all living things. His enthusiasm for how beautiful our world is will always be something we should take inspiration from. Put on your khakis & take a minute to remember the greatest Wildlife Warrior. pic.twitter.com/TZMG0TZ6rr

The world lost an icon far too soon, but it’s clear that Steve Irwin’s legacy lives on, both through his children and fans around the world who have been inspired by his love for animals.

In honor of Steve Irwin Day, share this story and let us know your favorite memories of the “Crocodile Hunter.”