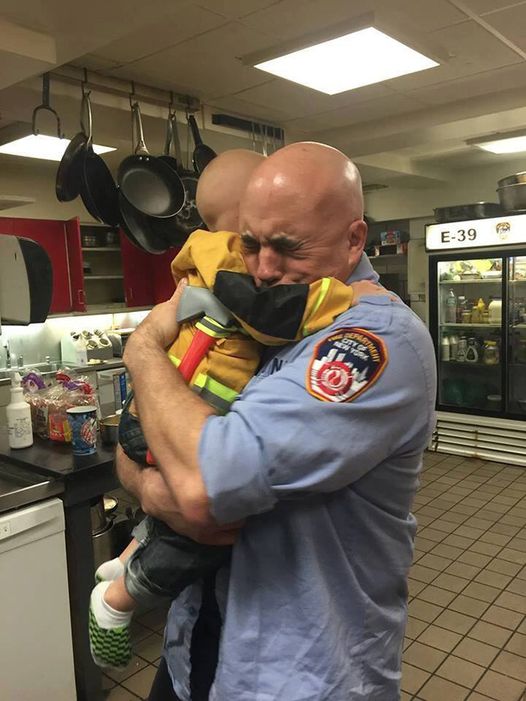 Before 3-year-old Trucker Dukes of Maui, Hawaii, turned 2, he was diagnosed with stage 4 neuroblastoma. And while his dad continues to support three other children as a firefighter, Trucker travels with his mom from Maui to New York for specialized treatment. During one trip to New York, Trucker and his mom met with fire department captain Jim Grismer at the Ronald McDonald House, where the family stays while in New York. Says the captain: “I see this little boy excitedly walking towards me with his eyes aglow. I opened my arms and he basically climbed up and hugged me around the neck. It was as if we’ve been friends/brothers for years.” And emotions overcame him. A short time later, the captain gave Trucker and his mom a tour of several firehouses in the city. The young boy was then made an honorary firefighter, and all the firefighters in New York have basically adopted the family. Says Trucker’s mom on Facebook: “This honor is so special to us because Trucker really thinks he’s a fireman. We are so blessed to have been adopted by the FDNY. Time and time again, I have watched big tough men fall in love with Trucker. It’s really something special.”