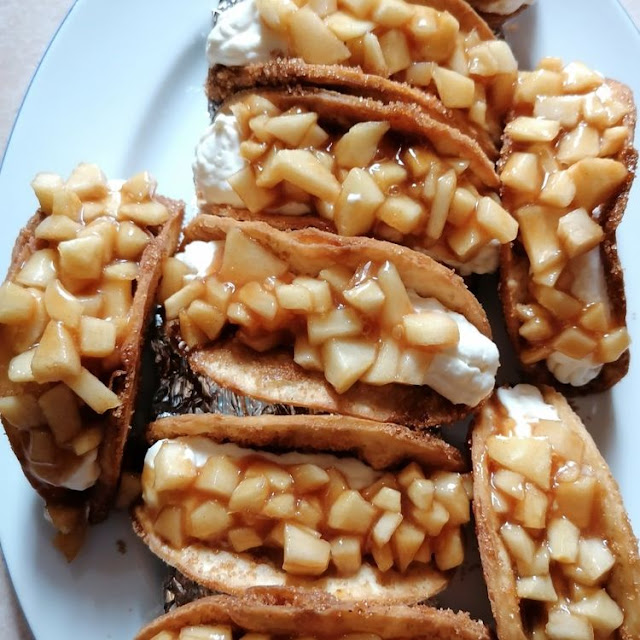 Apple Cheesecake Tacos are eaten in a couple of bites and they look so fancy. This recipe is perfect for apple season, but you can prepare it anytime you wish a good apple treat or to smell apples and cinnamon.

Shells are made from tortillas, they´re fried in deep oil and coated in the mixture of brown sugar and cinnamon.

Cheesecake filling is made of cream cheese, heavy cream, vanilla and powdered sugar.

Homemade apple sauce is so aromatic, since it´s made of apples, cinnamon, nutmeg, brown sugar, corn starch, water and vanilla.