A husband and his wife were always fighting each other.

When they had a confrontation, screaming and yelling could be heard deep into the night.

The woman would shout – ‘When I die, I will dig my way up, out of the grave and come back and haunt you for the rest of your life..’

Neighbours feared her, and the woman liked the fact that she was feared.. 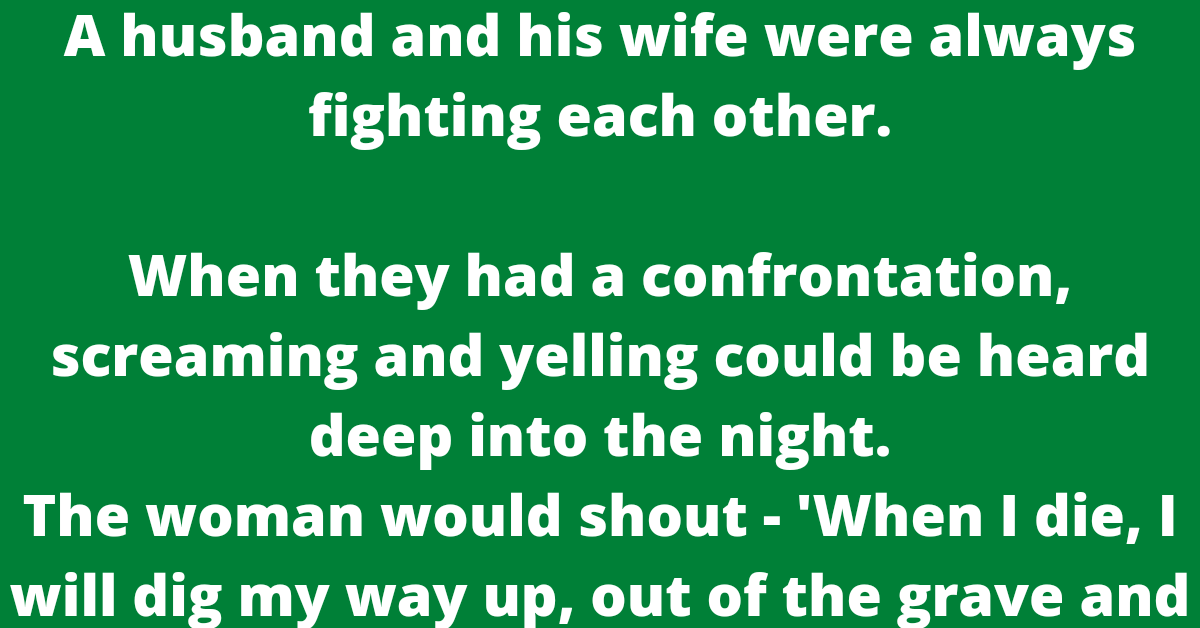 To everyone’s relief, she died of a heart attack when she was 58. Her husband had a closed casket at the wake.

After the burial, he went straight to the local bar and began to party, as if there was no tomorrow. His neighbors, concerned for his safety, asked – ‘Aren’t you afraid that she may indeed be able to dig her way up and out of the grave and come back to haunt you for the rest of your life??’

The husband put down his drink and said – ‘Let her dig. I had her buried upside down..’