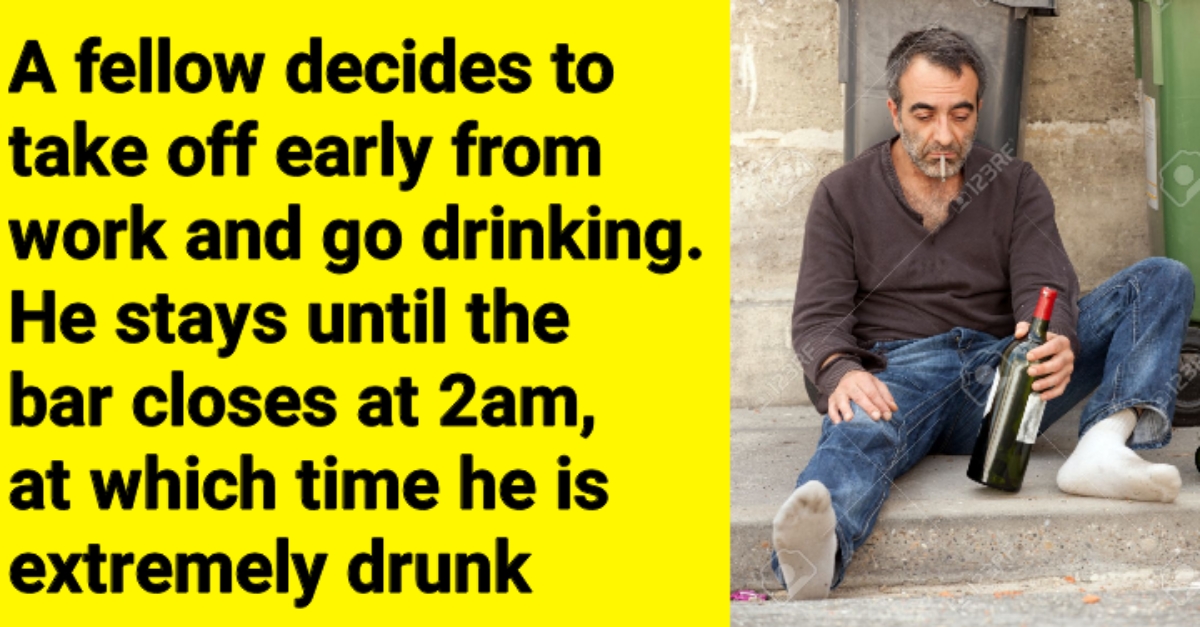 A fellow decides to take off early from work and go drinking. He stays until the bar closes at 2am, at which time he is extremely drunk.

When he enters his house, he doesn’t want to wake anyone, so he takes off his shoes and starts tip-toeing up the stairs.

Half-way up the stairs, he falls over backwards and lands flat on his rear end. That wouldn’t have been so bad, except that he had couple of empty pint bottles in his back pockets, and they broke, and the broken glass carved up his buttocks terribly. But he was so drunk that he didn’t know he was hurt. A few minutes later, as he was undressing, he noticed blood,so he checked himself out in the mirror, and, sure enough, his behind was terribly cut up. Well, he repaired the damage as best he could under the circumstances, and he went to bed.

The next morning, his head was hurting, and his rear was hurting, and he was hunkering under the covers trying to think up some good story, when his wife came into the bedroom. “Well, you really tied one on last night,” she said. “Where’d you go?” “I worked late,” he said, “and I stopped off for a couple of beers.” “A couple of beers? That’s a laugh,” she replied, “You got plastered last night. Where the heck did you go?”

“What makes you so sure I got drunk last night,anyway?” He asked, surprised.

“Well,” she replied, “my first big clue was when I got up this morning and found a bunch of band-aids stuck to the mirror.”